Nine myths about the profession of a translator

One of the most widespread professions in the world is a translator. They are rarely written about in the newspapers. Therefore, as is usually the case in such cases, many have a misconception about this work. So, here are nine myths about the profession of a translator:

Anyone who knows a foreign language can translate.
Yes, at the everyday level (ordering dinner, making an appointment with a partner, etc.), many people do just fine without an interpreter. But working with voluminous technical or marketing materials, which requires not only a general understanding of the meaning of the source, but also all the details, as well as an excellent command of the Russian language, remains for the time being an occupation for professional specialists. 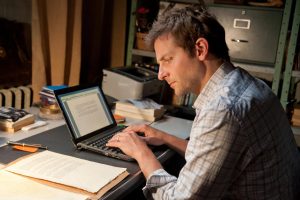 The demand for the profession of a translator is falling.
On the one hand, the number of people who speak a foreign language has become quite large. But the intensity of international contacts and the associated volume of translated documentation is growing much faster. In recent years, the volume of translations, both oral and written, has increased significantly. The army of translators has also grown. The huge number of those wishing to receive a linguistic education confirms the high demand for the profession.
Nothing has changed in this profession for centuries.
The translator’s workplace and the technologies it uses have radically changed in just a few years. Little by little, electronic dictionaries have replaced the shelves cluttered with paper lexicons. The advent of special software for translators that uses previously translated texts has increased labor productivity by about 40%.
To perform written translations, you must graduate from a linguistic university.
Yes, it’s helpful. But the majority of professional technical translators have a higher education in natural sciences, and only then the passion for the language led to a second linguistic education. Many talented translators generally make do with an “institute” or “special school” foreign language, and their success is primarily due to practice.
A translator cannot adequately translate a complex technical text, it can only be done by a specialist.
Of course, a specialist who has been working in any field for years knows its specifics and terminology best of all. But in the field of written translation, a technology of interaction with the customer has developed, which makes it possible to make a high-quality translation of even the most highly specialized texts! This work requires careful study of special literature, customer reference materials, many hours of Internet searches, as well as the compilation of glossaries and clarification of controversial issues. But, of course, a high-class translation can be done only if the translator has a specialized education, his broad outlook and experience.
Money is easy for a translator.

A translator is a work of 8-10 hours a day, which requires the utmost concentration and accuracy. Add to this the frequent “rush jobs” if the translation had to be done “yesterday” … Such work requires constant self-education and professional development. Translator’s bread is not the easiest …
Translation is not a creative profession.
Despite the emergence of automated translation systems using artificial intelligence technologies, translation has been and remains a creative profession. Even a short phrase can be translated in several ways. The search for an adequate meaning of a term, which is often absent in the Russian language, can sometimes take hours, and you can work endlessly on the equivalent of a foreign-language slogan or a literary text.
The role of the translator in the modern business environment is low.
Let’s pay attention to the work of an interpreter. In the process of negotiations, he does not just translate from one language into another, he creates an atmosphere of mutual understanding and partnership. A translator helps to achieve understanding not only for people who speak different languages, but also for people from different cultures, who have very different ideas about the way they do business. The involvement of a good linguist increases the chances of a successful negotiation.
Translation is a small business.
To meet the versatile wishes of customers, to complete large-scale projects in the shortest possible time, to introduce modern technologies and management systems, leading translation companies are forced to enlarge. They have over 50 full-time employees and hundreds of freelance translators. Translation volumes can reach hundreds of thousands of pages per year!