The profession of a translator: pros and cons

The profession of a translator has long been recognized as one of the most prestigious and demanded. The first translators appeared in Ancient Egypt and already in those distant times were among its honorary inhabitants. Experts of foreign languages ​​played a special role in Ancient Greece, which was in close contact with the states of the East. If it were not for them, perhaps many of the books of the Bible would not have been in our cultural arsenal. (As you know, a significant part of the Old Testament survived only in the Greek translation.) In ancient Russia, monks-interpreters were considered very educated people, and Napoleon Bonaparte said that a soldier who speaks two languages ​​is worth two. Today, the demand for translators has increased to the maximum. 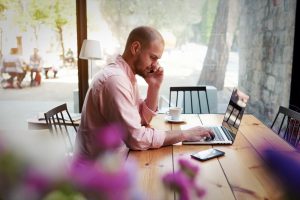 Currently, knowledge of a foreign language is an indispensable guarantee of high salaries and fast career growth. But, like everything else in the world, the work of a translator has its downside, and, unfortunately, every day it is manifested more and more clearly. So, let’s take a look at the merits and demerits of this respected profession.

Naturally, let’s start with the positives. Nowadays, undoubtedly, it is true that one cannot go without a foreign language. He is needed by everyone, everywhere. Jobs requiring a person with knowledge of English at least with a dictionary account for 70 percent, so a job seeker who is more or less decently spoken or spanked is guaranteed employment. Needless to say about translators: a specialist with a linguist-translator diploma must be fluent in at least two (!) Foreign languages. According to the Dean of the Faculty of Translation of the Moscow State Linguistic University (formerly the M. Torez Institute of Foreign Languages), Candidate of Historical Sciences, Associate Professor Yuri Alexandrovich Razzhivin, 95 percent of the graduates of his faculty are in demand, and in completely different areas of work. Many have a good career in prestigious government structures (Ministry of Foreign Affairs, Russian embassies and missions in foreign countries, etc.), others find application of the knowledge gained in private companies. The remaining five percent are girls who went on maternity leave, graduate students and graduates who decided to continue their education abroad. We did not manage to find out how the fate of young specialists who graduated from the Faculty of Foreign Languages ​​of Moscow State University is developing: its management does not keep such statistics. However, there is no doubt that they are not listed on the labor exchange.

In general, today there are areas in which professional translators can realize themselves, the sea is work either exclusively in the specialty, or, for example, in the field of advertising, PR, journalism, or in the tourism business. In large publishers, they are snapped up. There is nothing surprising in this, since for five years of study translators receive not only linguistic education, but also philology. The business sphere opens up bright prospects for them. A manager who speaks languages ​​is valued much more than a simple manager, even if he has a lot of experience. An indispensable condition for employment in a foreign company is knowledge of at least English perfectly. Salaries in such companies are appropriate: at least $ 700 plus a significant social package and the possibility of free medical care in one of the best clinics in Moscow.

However, in order to enjoy all these benefits, you first need to get a linguistic education, which at all times has been a task of increased complexity. Nowadays, in prestigious universities, the competition for translation faculties sometimes reaches 30 people per place. In addition, admission and subsequent training require significant material costs. It is clear that secondary school cannot provide the necessary high level of knowledge of a foreign language, so parents have to hire a tutor for their children from the ninth or tenth grade. An hour and a half with a simple teacher costs 10-15 dollars. Teachers of Moscow State University, Moscow State Linguistic University, Moscow State Institute of International Relations and Moscow State Pedagogical University. Lenin, depending on the length of service and qualifications, take 20-30 dollars, and professors or experienced teachers of the same universities – 50. hour and a half. Not all parents can afford this luxury.

The most difficult test is admission to the Faculty of Foreign Languages ​​of Moscow State University, where, in addition to the traditional oral and written exams, listening is also necessary, and this can only be done by an applicant who either lived in the country of the target language for a long time, or often communicated a lot with its native speakers. Again, money is required for both. You can choose an easier way: immediately submit documents to a paid branch. Prices are different here: depending on the faculty and the university, the cost ranges from $ 1,500 to $ 5,000 per year. But to study for money, you have to miss a few points (usually no more than three].

There is still the easiest way – to go to a paid university. Thus, you can save not only nerves, but also money (a year of study costs about $ 1000). However, diplomas of commercial institutions are not quoted on the labor market. Solid companies require a solid diploma from their employees.

A depressing situation has developed in translation offices. Serious companies in this area of ​​business can be counted on the fingers of one hand, and translation services are mainly offered by small private firms that are completely dependent on their customers. On average, translators of English and German are paid no more than six dollars per page (of course, depending on the degree of complexity of the text), the work of translators of Italian, Scandinavian and East Slavic languages ​​is slightly more expensive, higher than other rates for translators of Arabic, Persian, Chinese, Japanese, etc. Hungarian languages ​​- an average of nine dollars per page. Special translations (legal, technical, medical) are the most expensive, and the urgency should be paid in double the amount. Most often, orders from these firms are not regular, and translators receive royalties, but not upon the delivery of the material, but when payment comes from the customer: the money may arrive in a week, in a month, or even in six months.

Another unpleasant moment is that in such bureaus, the competition for highly qualified employees is made by translators with a paper on the completion of foreign language courses. Only a professional can check their knowledge (especially in the field of special translations), but not every company has one. They are ready to receive little money for their services, and there are countless pseudo-translators on the labor market. As a result of their appearance, the price of the complex intellectual work of a translator, requiring enormous knowledge, experience and patience, has dropped sharply. It is much more profitable financially to work in an office. The salary is paid there every month, but transfers have to be done in a rigid non-stop mode. In addition, some employers have a completely misconception about this profession. They often confuse translators with a secretary, manager, and an executive assistant with knowledge of a foreign language. “I twice got a job as an interpreter,” says Maria Lesnina, “and twice I was disappointed. In addition to translations, the bosses assigned me either secretarial duties for receiving calls, or managerial duties for working with clients. In the second company, the director even offered me to teach him German. It was very difficult to explain to him that the concepts of “translator” and “teacher” are not the same. The third time I acted wisely: I found a vacancy for a manager with knowledge of two languages ​​in a foreign company. The salary is higher, and the job is easier. “ 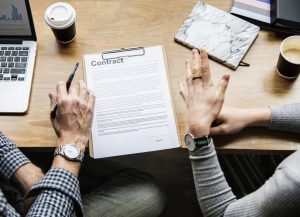 In addition to translators, there are also oral translators. Among them are sequential and synchronous. The difference between them lies only in the time they have for translation – the simultaneous interpreters practically do not have it. In the eyes of most people, their work looks very attractive: countless foreign business trips, hourly wages that can amount to hundreds of dollars per hour, communication with interesting people. There are many stories preserved in history that tell how the interpreters radically influenced the outcome of the most important military or diplomatic negotiations. Going to be an interpreter is a good way to realize your ambitions and ambition. However, few people know how hard this work is. Simultaneous interpreters can work no more than three to four hours per day, and usually a seminar or conference is served not by one person, but by a whole team. Simultaneous interpretation requires such a strong mental stress that sooner or later virtually every third interpreter has a nervous breakdown, and closer to forty or fifty years old, nervous diseases (mainly vegetative-vascular dystonia) become constant companions of every second simultaneous interpreter. But despite all the difficulties and harm to health, few people regret their choice of specialty.

So, if you decide to apply for translators, you do not have to give up on your goal in any way. This profession at any time and in any life circumstances will provide you with a piece of bread and butter. However, today’s realities show that in order to earn bread not only with butter, but also with caviar, it is better to apply knowledge of foreign languages ​​in any other profession (lawyer, economist, political scientist, journalist).