How to become a simultaneous interpreter, and what should he be able to do?

Simultaneous translation hebrew to english is the most difficult type of translation activity. Working in a tight time frame requires not only perfect knowledge of the language, but also special brain training: the ability to concentrate on speech, ignoring all distractions. Let’s analyze the main details of the profession.

The main feature of simultaneous translation is the absence of any pause between the receipt of information and its translation. You can lag behind the speaker no more than half a phrase, otherwise it is easy to lose the thread of the monologue. 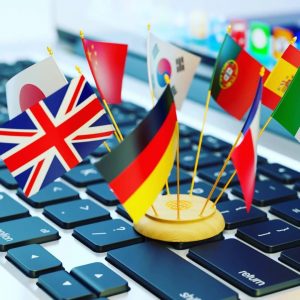 Consecutive interpreting is easy for a non-professional to confuse with simultaneous interpreting, but only for the first time. During consecutive translation, the speaker and the interpreter work together: after five or six phrases, the speaker makes a short pause, giving the opportunity to translate what was said. So the translator has the opportunity to translate the speech as accurately as possible, because there is no need to predict the next words. However, large events cannot afford this format: when there are a lot of speakers, any delay will be noticeable, and consecutive interpretation can slow down the performance by half, so most often there is simply no time for this.

Personal qualities required for a simultaneous interpreter
Good memory: there will be no time to look into the dictionary, so you need to keep a huge vocabulary in your head, in addition, it is important to remember the beginning of the sentence and the content of the previous phrase so as not to lose meaning when translating.
Ability to concentrate: the simultaneous interpreter must be completely immersed in the speech of the speaker. Despite special booths with good soundproofing for simultaneous interpreters, it can be difficult to concentrate.
Quick reaction: there is no time to think, you need to react instantly.
Physical stamina: Simultaneous translation requires incredible effort, it will not work to sit relaxed in a chair.
Stress resistance: a moment of panic can ruin the whole performance, so the head must be clear in any situation.

This is not just a fenced area, but a specially designed booth for simultaneous translation. Everything is thought out here: wide windows so that the speaker, his gestures and presentation can be clearly seen; cabin mobility so that it can be easily disassembled and carried with you; silent fans that renew the air in the cabin every three minutes.

The control panel in the cockpit allows the interpreter to adjust the sound of the speech, and the special structure of the headphones prevents him from hearing his own voice. If the interpreter coughs or it is his colleague’s turn, there is a microphone mute button on the remote control. 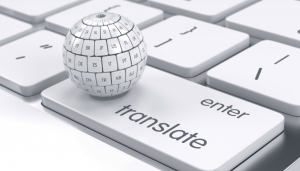 Synchronizers change approximately every 15-20 minutes – it is impossible to withstand such tension for longer. The working conditions have caused all potential simultaneous interpreters to be tested before being hired. Most often, this happens like this: the candidate is sent a video, and the potential employer listens to the translation by phone or Skype.

No room for error
It is difficult to instantly translate a person’s speech, even if it is expressed very clearly. Every simultaneous interpreter must know set expressions, clichés and other linguistic details. Even perfectly trained professional translators make mistakes sometimes. An error is not necessarily the translator’s fault, it can also be the speaker’s fault – slurred speech, inconsistency and ambiguity make a quality translation almost impossible. Wordplay, anecdotes, puns, and incorrect intonation arrangement of the speaker can also cause mistranslation.

Another category of errors, oddly enough, appears precisely in the translator’s native speech. Misplaced stresses, slurred speech, or unnatural syntax, which is expressed either in too long inconsistent sentences or in short, abrupt phrases, can spoil even a correct translation. The translator’s own comments, excessive generalization and omission of details are completely unacceptable. Some translators are embarrassed by the silence on the air, so if the speaker makes a short pause, meaningless introductory words appear in the translation.

Of course, professional simultaneous interpreters rarely make such mistakes. Simultaneous translation requires many years of study and continuous practice, but for real masters this profession opens many doors.